The ACBL Convention Card has been redesigned and is being introduced to membership mid-2022.
Danny Sprung, Chair, Competition and Conventions Committee, presented the new convention card to the ACBL Board of Directors during national board meetings held in Austin.
While the new card will look familiar, the following changes were made:
Seldom-used conventions were removed and more commonly-used conventions were added.
Recent changes in alerts and announcements are reflected.
The one club and one diamond sections were expanded, providing more room to address different minor suit openings in different systems.
The right side of the card was reorganized with bids shown in ascending order of strain.
Articles explaining the changes and the proper way to complete the card will appear in the ACBL Bridge Bulletins. 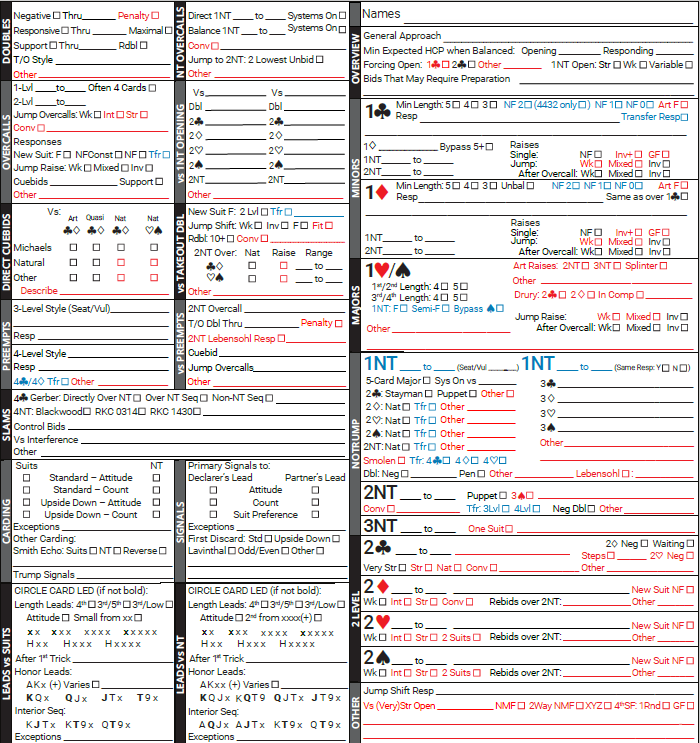